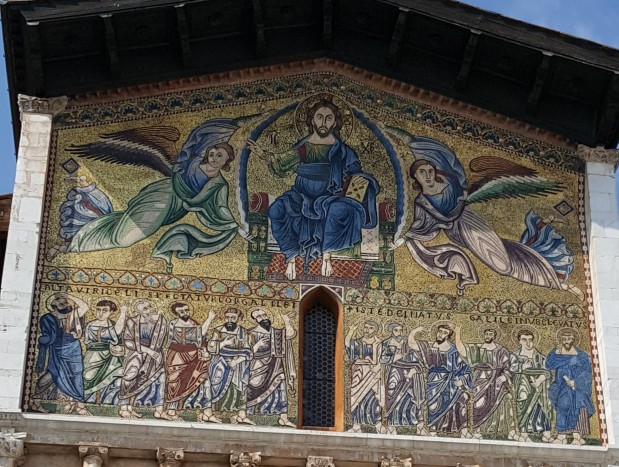 Every year or two my sisters and brother and I travel somewhere together. Our “sibling trip” for 2018 was a record-setter, though. Not a long weekend like most of those trips, this time we spent two weeks in Italy, and a few other family members joined us. 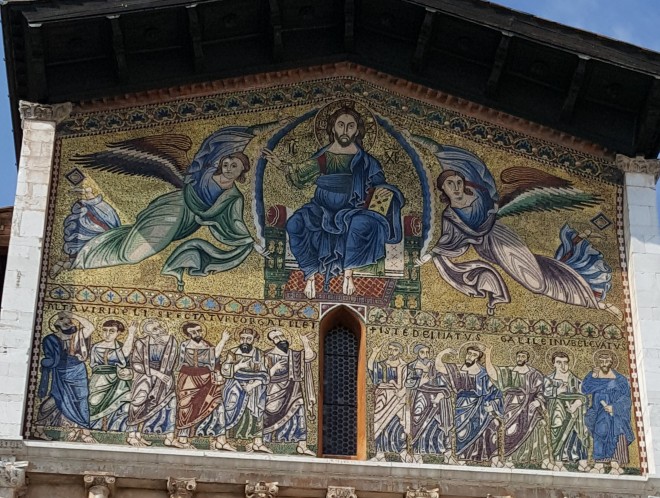 First stop: Lucca. First day in Lucca: a walking tour that included the Basilica of San Frediano. This Gothic church retains much of its early medieval character, something I love to find in Italy, where many Gothic churches have been rebuilt in Baroque style (often due to earthquake damage to the original).

San Frediano himself was Irish, and settled in Lucca after a pilgrimage to Rome in the 6th century. He became a bishop, and is said to have miraculously changed the course of the River Serchio near Lucca, saving the city from flooding.

My sister, Marlie, (above) doesn’t always share my medieval obsessions, but she was eager to see this church. She was fascinated with the “incorruptible St. Zita” whose mummified remains lie in one of the chapels there. As a servant girl in the 1200’s, Zita took leftover food without permission, and gave it to the hungry. One day  her master stopped her as she left the house, her apron filled with bread, and demanded to know what she was carrying. With her job on the line, she reluctantly opened her apron, and flower petals fell to the ground. When Zita died at age 60, the family she served had come to honor her. She was canonized in 1696. Her body was exhumed and found to have mummified rather than decayed. 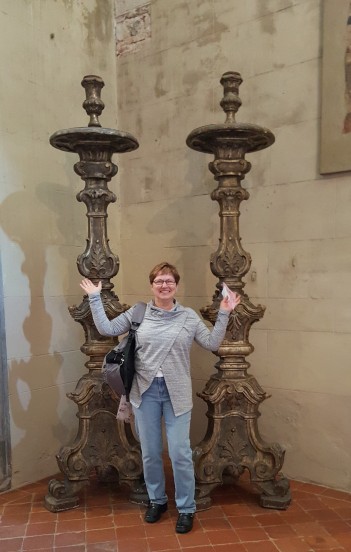 The basilica contains many Gothic details, as well as the largest candlesticks I have ever seen. The beautiful gold mosaic facade representing the ascension of Christ was added in the 13th and 14th centuries.

When Frediano came to Lucca, he built a church on this site, which was then outside the Roman walls of the city. The city walls have been rebuilt and expanded twice, and the current wall–another treasure of Lucca–survives from the Renaissance era. The basilica is now within the walls. More on the walls in another post!

Lucca proved to be a great location for day trips–we visited Florence, Cinque Terre, and Carrara. We also took a cooking class together–all seven of us! And spent some of our days wandering the historic center of the city, where the traditional silk weaving which made the city wealthy is still practiced, and gelato is plentiful!